“I want to be notorious rather than famous. Fame has too much responsibility. People forget you are human.” – Ettore “Ted” DeGrazia 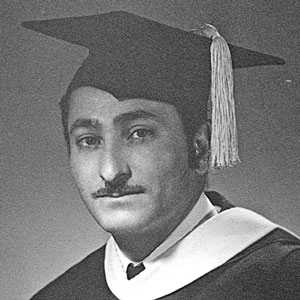 The son of Italian immigrants, Ettore DeGrazia was born June 14, 1909, in the Morenci mining camp of Territorial Arizona. His early childhood experiences in the ethnically diverse community evolved into a lifelong appreciation of native cultures in the Sonoran Desert and a passion to create art depicting their lives and lore.

After the Phelps Dodge mine closed in 1920, DeGrazia was introduced to his parent’s hometown when they moved their seven children to the Calabria region of Italy. The family returned to Morenci when the mine reopened five years later. Enrolling again in the first grade to relearn English, DeGrazia–nicknamed Ted by a schoolteacher–graduated from Morenci High School when he was 23 years old. By then he was an accomplished trumpeter who performed with family and friends.

After working briefly in the mine, DeGrazia hitched a ride to Tucson with his trumpet and $15 in his pocket. He enrolled at the University of Arizona in 1933, where he supported himself planting trees on campus by day and leading his big band at night. During one performance he met Alexandra, the daughter of Fox Theater owner Nicholas Diamos. Ted and Alexandra wed in 1936 and moved to Bisbee so DeGrazia could manage the Lyric Theater there, also owned by the Diamos family. The couple had three children during this time but divorced in 1946. 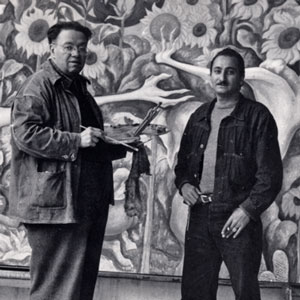 DeGrazia continued creating his early paintings in Bisbee and by 1941, Raymond Carlson, editor of Arizona Highways, started publishing features about the artist. On a rare vacation to Mexico City in 1942, DeGrazia and Alexandra left an evening ballet performance and headed to the Palacio Municipal where muralist Diego Rivera was working. This encounter led to an internship with Rivera and Jose Clemente Orozco. The two Mexican masters then sponsored a solo exhibition of DeGrazia’s paintings at the prestigious Palacio de Bellas Artes. 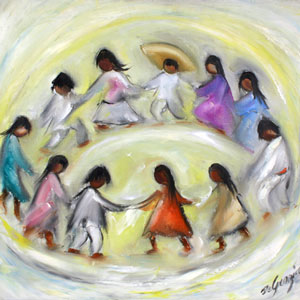 After returning to Tucson, DeGrazia found that no gallery was interested in exhibiting his artwork, so he bought an acre of land with $25 down at Prince Road and Campbell Avenue to build his first adobe studio in 1944, and also received a BA in Education from the University of Arizona. The following year he received a BFA, plus a Master of Arts titled “Art and Its Relation to Music in Art Education”.

New York sculptor Marion Sheret met the artist when visiting his Campbell Avenue studio. As she recalled, his first words to her were “Where have you been?” They married in the jungles of Mexico in 1947 and bought the 10-acre foothills site in the early 1950s to build what was to become DeGrazia’s Gallery in the Sun.

DeGrazia’s paintings, ceramics and other artwork steadily attracted media attention including the NBC newsreel “Watch the World” and a profile in the 1953 National Geographic article “From Tucson to Tombstone.” His fame flourished when UNICEF chose his 1957 oil painting “Los Niños” for a 1960 holiday card that sold millions worldwide. 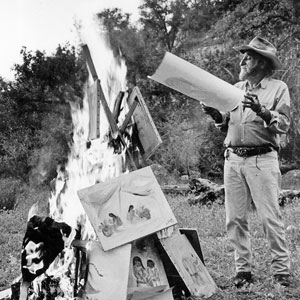 Protest at the Superstition Mountains

From 1960 to the mid-1970s DeGrazia became wildly successful and the gallery flourished with hundreds of thousands of yearly visitors. To protest inheritance taxes on works of art, DeGrazia hauled about 100 of his paintings on horseback into the Superstition Mountains near Phoenix and set them ablaze in 1976. This infamous event was reported in such publications as The Wall Street Journal and People magazine, becoming part of DeGrazia’s legend before his death in 1982. By this time, the artist had established the DeGrazia Foundation to ensure the permanent preservation of his art and architecture for future generations.